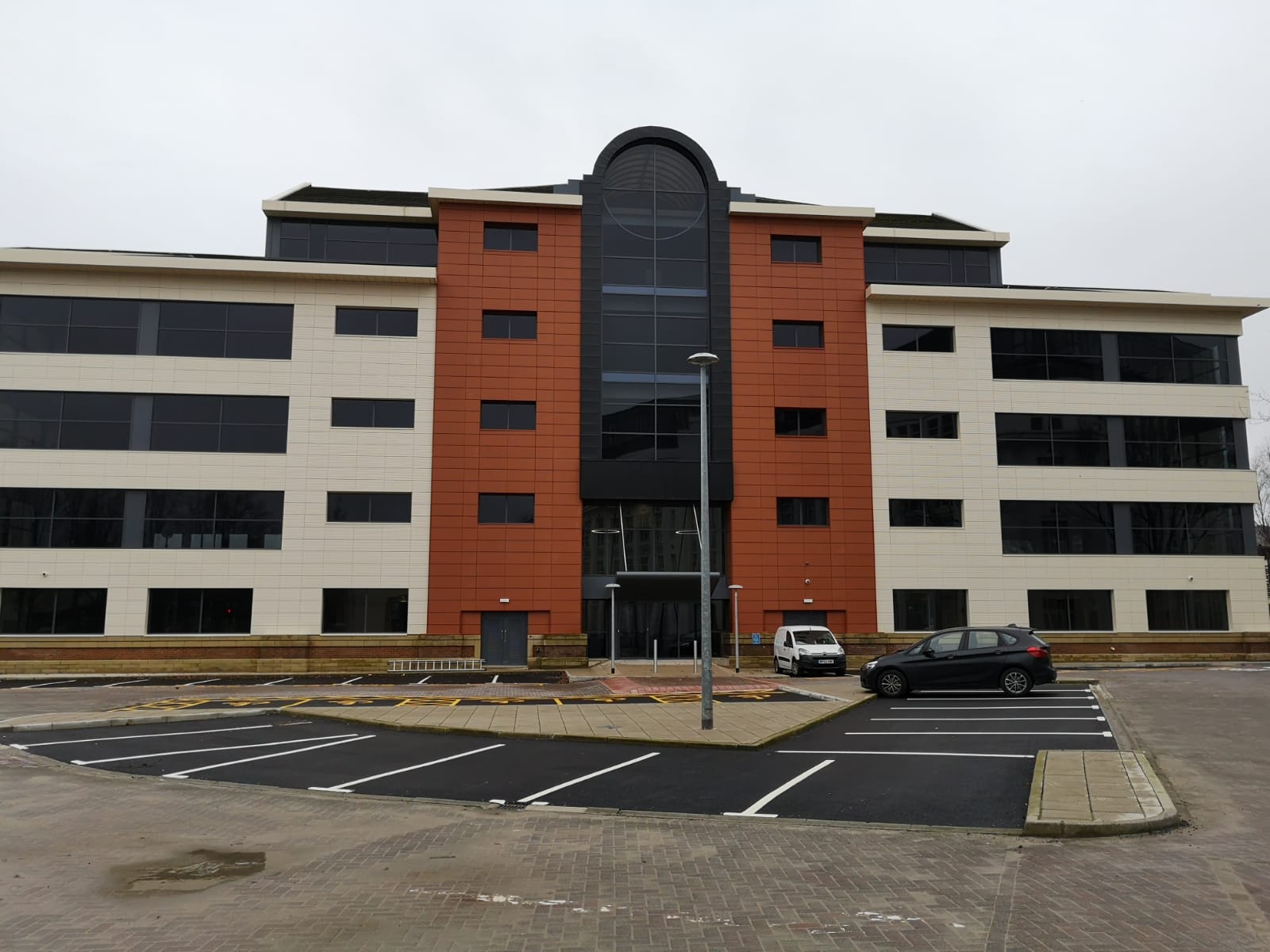 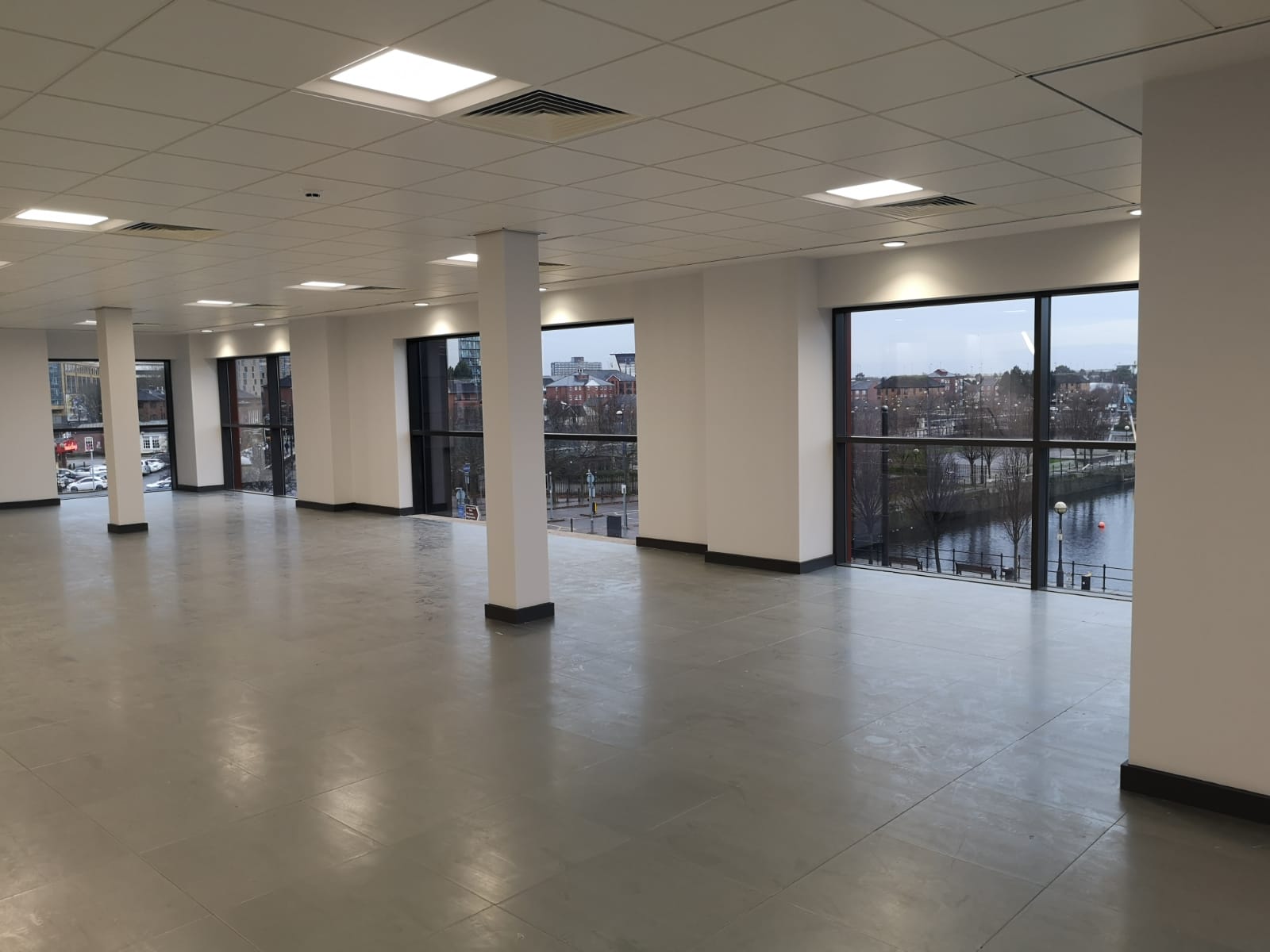 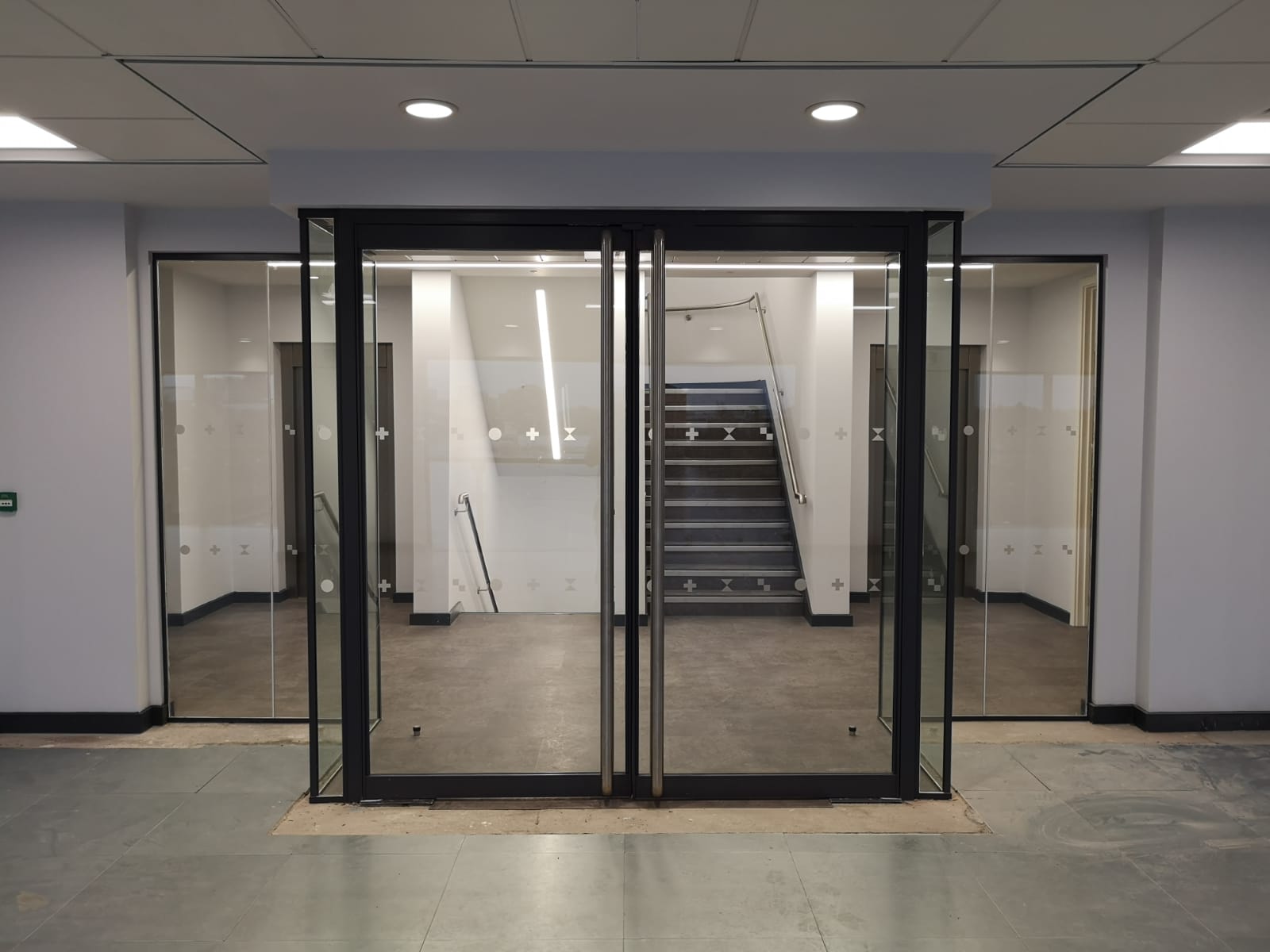 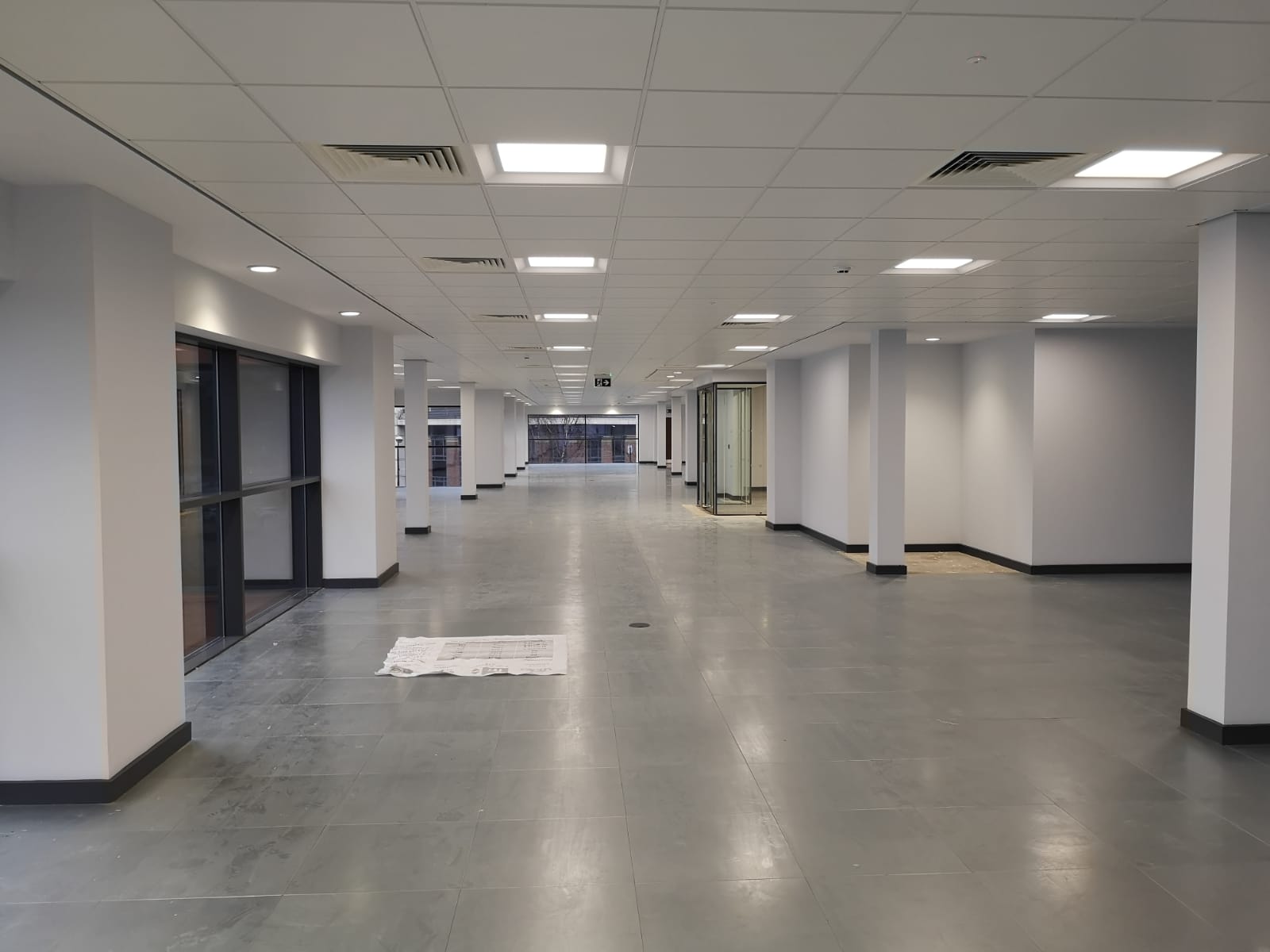 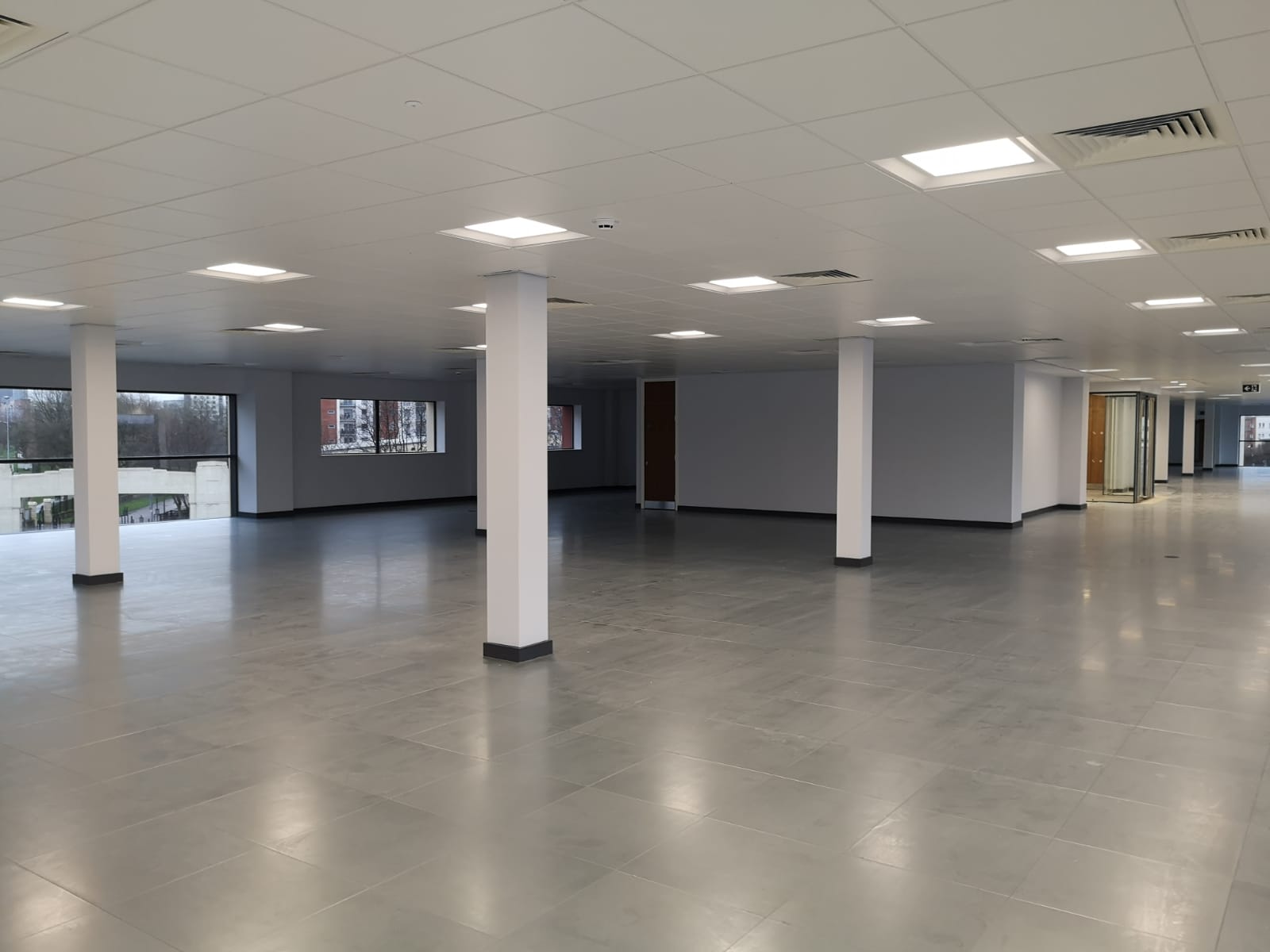 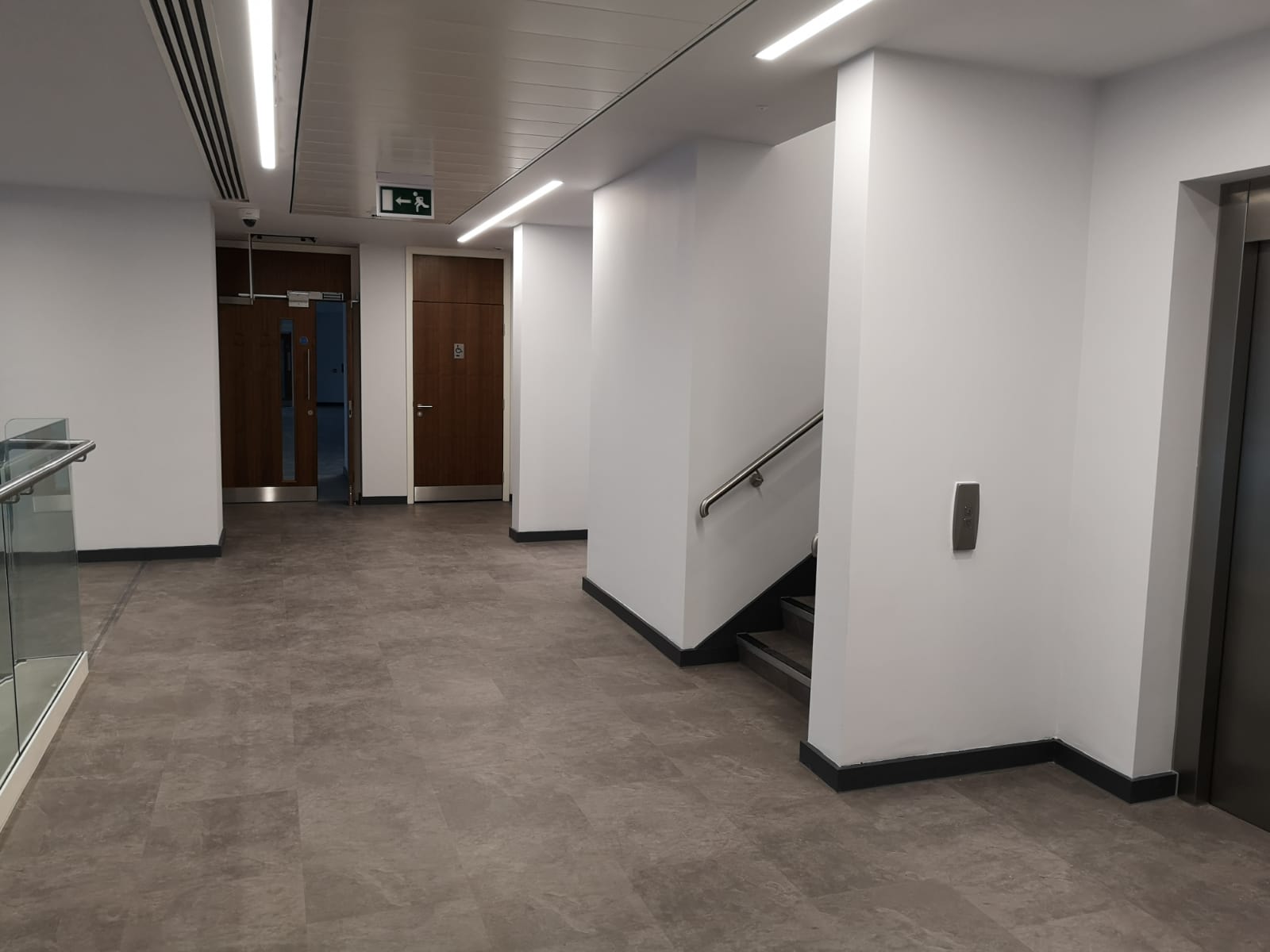 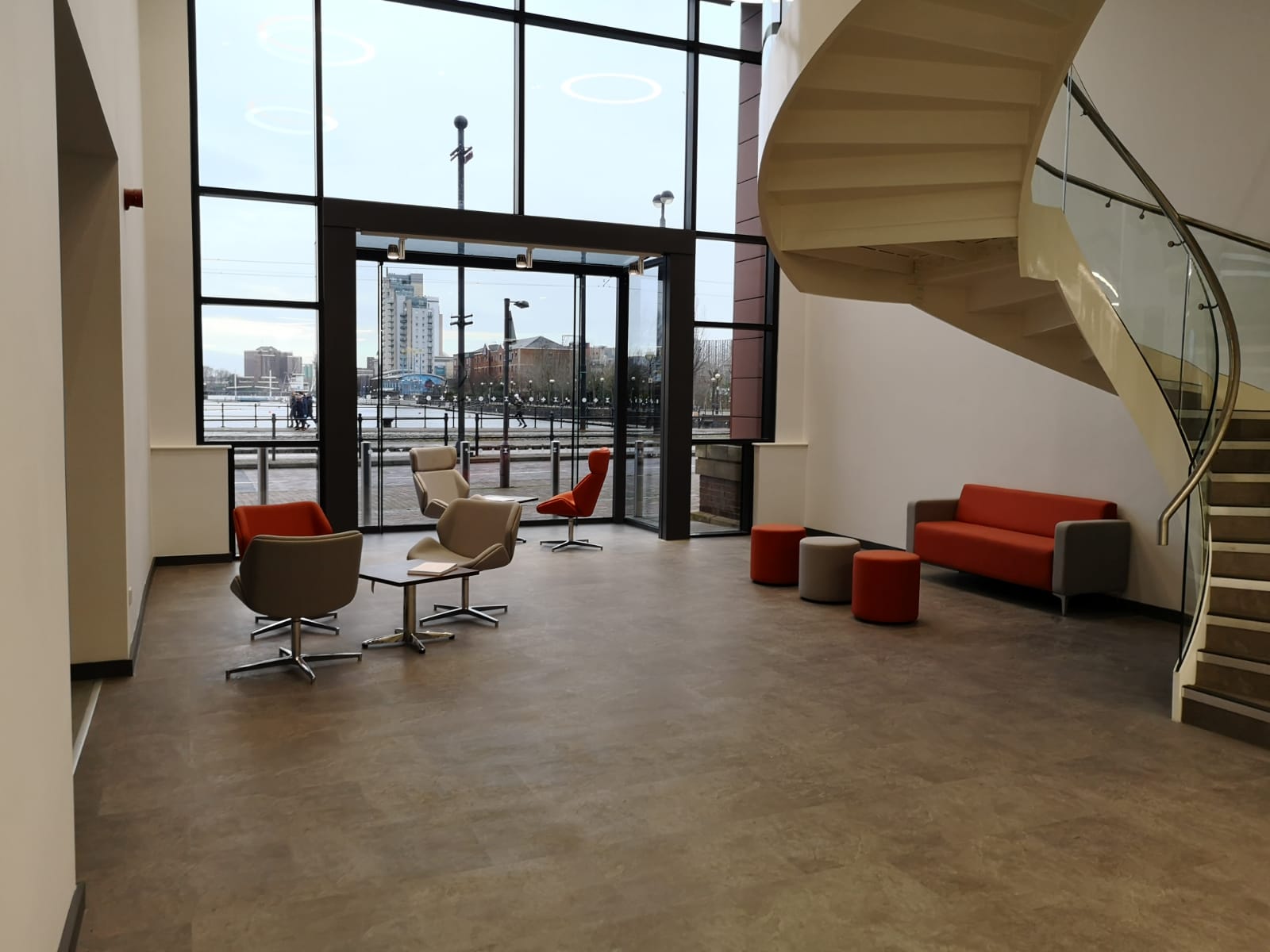 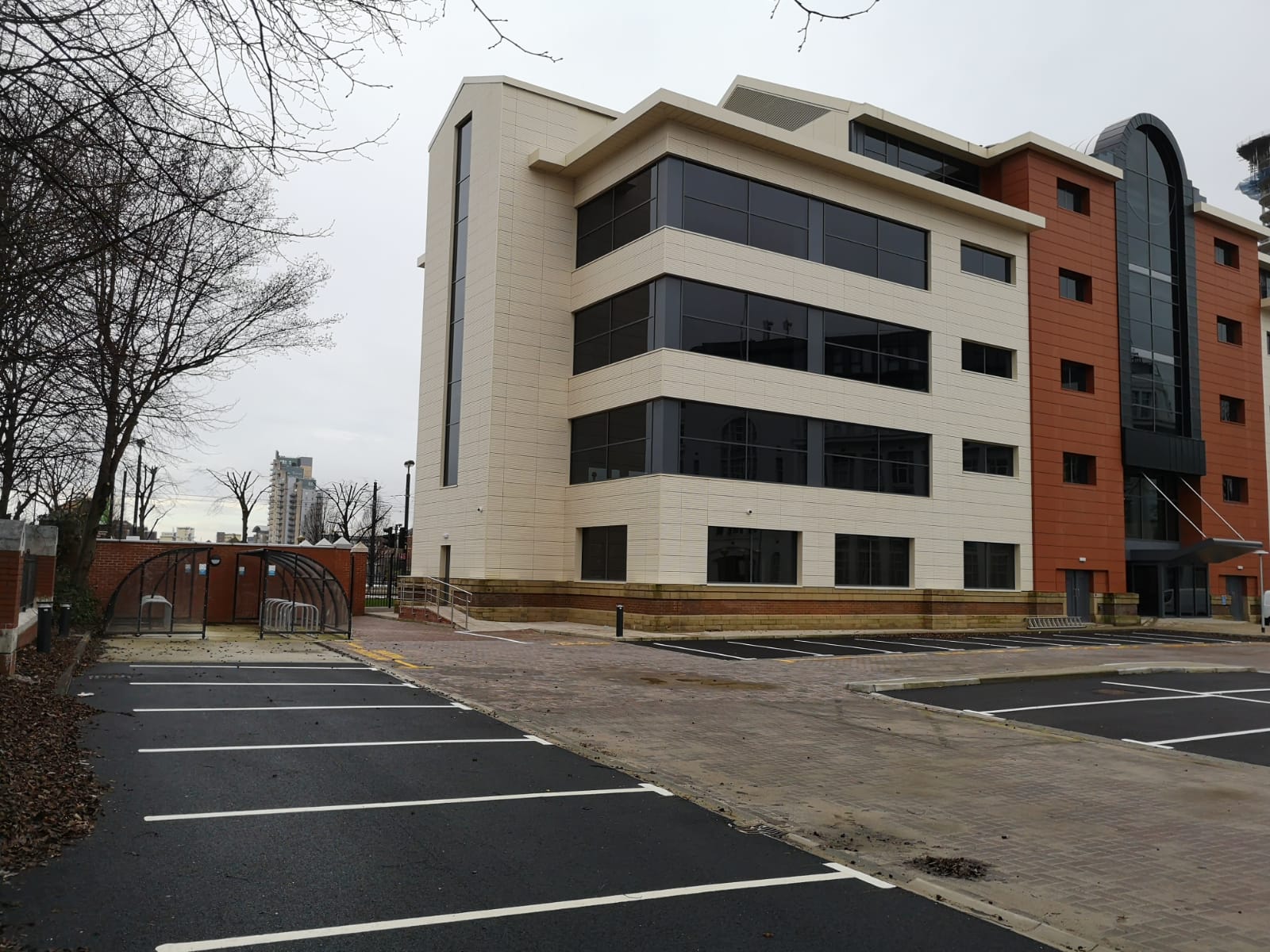 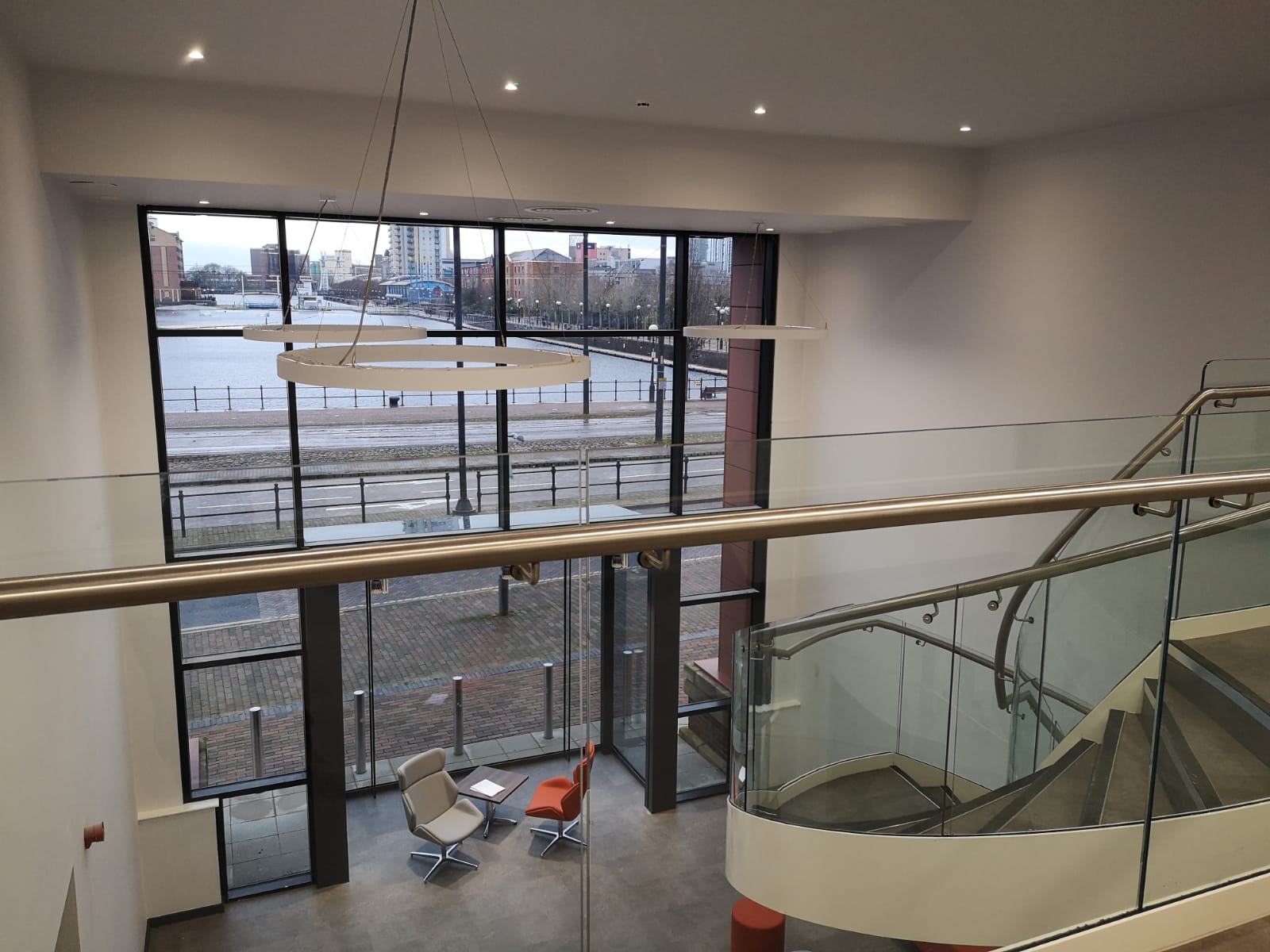 Built in 1990 at the head of Ontario Basin at Salford Quays, Ontario House is a landmark,
5-storey office building.

Working with Cruden Construction on the £4.3m contract PSN played a pivotal role in the overhaul appearance and full refurbishment of internal spaces, including some re-modelling to create a new café area.

Working over 5 floors amongst multiple trades took 2 operatives and 1 apprentice 6 months to finish the job. Access equipment included Hop-ups and mobile Towers were used to complete our works. All newly plastered walls and woodwork were painted using Dulux products.

Cruden Construction QS, Connor Osbourne said; “We were delighted to entrust a reputable contractor such as PSN with this important contract which sees Cruden’s divergence from a reliance on residential sector contracts into a wider range of construction and property sectors across the North West.

The project was completed on time and on budget.